Why don't you ever look me in the eyes when you say that? 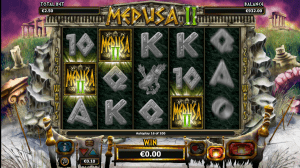 Harpies hover around the ruined Greek temples, direwolves howl at the oncoming storm and skeletal hoards gather for the arrival of Medusa II, NextGen’s sequel to their successful Medusa slot game. OK, not quite, but Medusa II does build on the first installment by adding some new graphics, fresh sounds and animations. But seriously, let’s deal with the elephant in the room now. There are hundreds of Greek/God slots in the marketplace. The theme is tedious and unless you’re doing something special to stand out then you’ll just fall into a melee of other similar mythological themed slots.

The idea that ‘mythological themed slots are doing well… so let’s build more’ is so flawed and developers need to move away from that principle into to a more proactive style of development to drive creativity and innovation.

Whilst a fairly standard slot – 5 reels, 243 anyways pays, wilds and freespins – it has a couple of other features, the most significant being the ‘ways to win’ which removes the standard paylines and rewards players with matching symbols that land in any place on consecutive reels. This removes the need for payline settings in the UI and leaves the slot interface easy to understand and neatly arranged. The UI closely resembles the layout of other NextGen slot games. Those familiar to their slots, will be able to jump in and play. You can play from 0.01 to 2.00 coins and autoplay up to 100 spins. Play’n’Go, NetEnt and Thunderkick have set the bar for player configuration options and NextGen’s offering is very weak in comparison; Especially  being a newly released game. Gameplay is pretty regular too. Images of Medusa’s head act as Wild symbols, and ‘Medusa II’ symbols, if you hit three or more, trigger the Free Spins bonus. The rest of the symbols are bland and pretty unnoticeable which does not give the player much engagement with the rest of the game beyond the scatters. 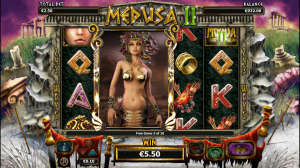 Speaking of which hit three or more ‘Medusa II’ symbols and you trigger the Free Spins feature. Your free spins can be augmented by Medusa locking reels, like she does in regular play. Getting three or more Free Spin symbols will add more free spins to your remaining tally.

Occasionally, a soldier appears and attacks Medusa, who, looking far too attractive for a stone-gazing gorgon, turns the soldier into stone and reveals a ‘stack of Wilds’. Even after a few thousand spins, I’m not sure what triggers his appearance, so I guess he’s random. also periodically, Medusa will lock two or more reels, forcing them to display the same symbols in adjacent positions. This, like the Wilds, can help you to complete winning rows. 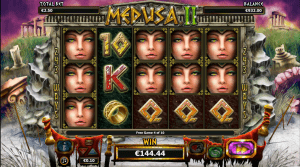 Medusa II has one final feature – the option to gamble all your winnings on the turn of a card. It’s NextGen’s standard gamble option, allowing you to double or quadruple your winnings if you correctly guess the colour or suit of a face-down card and, like it’s presence in other NextGen slots, it feels a little out of place – a bolted on module, rather than a bespoke feature.

Medusa II is hardly going to stand out as a pioneering slots game. It’s a reasonably good looking game albeit has an institutional feel and theme that has been done time and time again.  It does everything you’d expect expect it to do, but not much more. Like other NextGen games, it doesn’t offer too much configuration. The symbols are crisp and the animations are smooth. The music, in parts seems out of place. I found myself waiting for mermaids and sirens, rather than the horror that is Medusa. 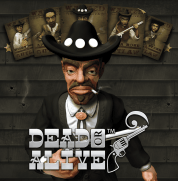